Nasal analysis in rhinoplasty refers to the process plastic surgeons use to determine if and how the proportions and contours of an individual nose compares to the aesthetic standard that is considered “ideal”. Nasal analysis considers the proportion of each component of the external nasal anatomy including the base, the bridge and the tip, as well as whether the overall appearance of the nose is in balance with the shape and size of the face.1 These aesthetic standards are helpful for surgeons determining what degree to alter each part of the nose to reach an ideal appearance for each individual patient.

As a facial plastic surgeon, Dr. Cangello understands that beauty is subjective and cannot be reduced to mathematical ratios and angles, especially when it comes to varying aesthetic ideals for ethnically diverse patient groups.2 That’s why nasal analysis is used as a guidepost in his practice rather than the rule, and Dr. Cangello’s ultimate goal for each cosmetic rhinoplasty is to achieve the results requested by the individual.

Dr. Cangello begins each nasal analysis with an overall assessment of the face and the naso-facial proportions. He’ll begin by analyzing facial height by dividing the face into three equal sections, called horizontal thirds (Fig. 1).3 The top third of the face extends from the hairline to just between the eyebrows. The middle third extends from just below the glabella (the area between the eyebrows) to the subnasale, which is where the bottom of the nose meets the upper lip. Finally, the lower third extends from the subnasale to the menton, or the lowermost projection of the chin. Ideally, the nose should encompass almost the entire middle horizontal third of the total facial height. For individuals with unbalanced horizontal thirds, Dr. Cangello will make adjustments to ensure that nasal surgery will have a favorable impact on the overall appearance of the face.

Dr. Cangello assesses facial width by sectioning the face into equal vertical fifths (Fig. 2).4 These vertical columns should be equally proportioned across the width of the face. The outermost fifths on either side of the face extend from the farthest edge of each ear to the outside corner of each eye. The next two fifths of facial width span the outer corner of each eye and the inner corner of each eye. Finally, the innermost fifth in the center of the face extends between the inner corner of each eye. Dr. Cangello uses the central fifth to determine the ideal width of the nose in relation to the facial width. The nostrils’ outer perimeter should not extend beyond the central fifth region. If nostrils do flare outside of this margin, Dr. Cangello can correct a wide nasal appearance during rhinoplasty. Ethnic noses do not always adhere to this rule as a wider nasal base can maintain ethnically diverse standards of beauty. However, the nasal base is very frequently narrowed when ethnic rhinoplasty is performed.

Other Considerations in Nasal Assessment

Now that we have an understanding that the nose should fall within the middle third and central fifth of the facial height and width, let’s discuss the other considerations for comprehensive nasal analysis. For each rhinoplasty patient, Dr. Cangello will review the surface landmarks of the nose. These landmarks play an important role in the shape of various aspects of the nasal anatomy. In addition, Dr. Cangello will review the relationship of these surface landmarks to each other and other facial features and analyze their specific angles, curves, and the shadows they cast on and around the nose and the face as a whole.

1. Radix: The radix refers to the centermost point of the depression between the glabella. This area is called the root of the nose, which can be confusing because it is located at the top of the nasal anatomy.

2. Dorsum: The nasal dorsum, also called the bridge of the nose, connects the nose to the rest of the face. The dorsum includes an upper segment of bone and a lower segment of cartilage.

3. Upper Vault: The nasal vault refers to the pair of nasal bones that are attached to the frontal bone and the maxillary bones. The nasal vault can affect the width of the nose.

5. Nasal Tip: The nasal tip is located in the lower third of the nose. Ideally, it should be the most forward projecting portion of the nose positioned above the midline of the nostrils. Because of the nasal tip’s prominent position, this piece of nasal anatomy is crucial to the overall shape and appearance of the nose.

6. Alar Rim: Also referred to as the nostril rim, the alar rim is the convex arc that extends above each nostril from the nasal tip to the face and ends at the top of the nasolabial fold. The alar rim’s shape affects the appearance of both the nasal tip and the nostrils.

7. Columella: The columella is the bridge of soft tissue positioned vertically and located under the nasal tip and in between the nostrils, and attaches the nose to the upper lip.

8. Alar Base: The alar base, also referred to as the nasal base, is where the base of the nose attaches to the face and and along with the columella, the upper lip.

9. Nostril Sill: The nostril sill is the area of skin at the base of the nostril (when viewed from below), located between the alar base and columella. 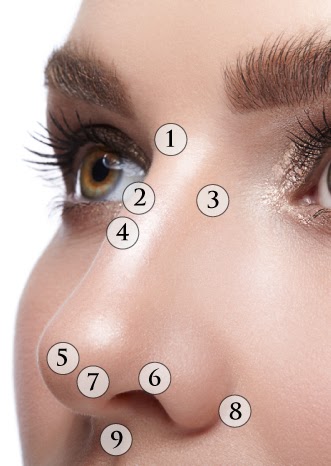 Figure 3. Surface characteristics of the nose.

The brow tip aesthetic line (sometimes referred to as the dorsal aesthetic line) curves out from the bottom of the inner eyebrow towards the nose, runs along the nasal bridge, and curves back away from the bridge towards the nasal tip (Fig. 4).5 Ideally, this curvilinear line should not be disrupted by irregularities such as bony abnormalities, contour deformities of the middle vault, and anatomical deviations that cause nasal asymmetries. During a nasal analysis, Dr. Cangello will assess the front view of the brow tip aesthetic line and determine the appropriate steps to take during rhinoplasty to ensure that the sides are symmetrical and form the shape of a somewhat elongated hourglass.

The nasolabial angle refers to the angle created at the intersection of the columella and the upper lip (Fig. 6, solid red line). Nasal tip rotation refers to the nasal tip’s position in relation to an arc on the face when viewed in profile (Fig. 6, perforated red line). Ideally, the nasolabial angle in women falls between 100-105 degrees, while for men it falls between 90-95 degrees. When a nasolabial angle falls into a sharper range than those specified above, it causes an under-rotated tip which leads to a nose with a drooping tip or a hooked appearance. When a nasolabial angle falls into a broader range than the ideal, it disrupts naso-facial balance with an over-rotated nasal tip that leads to a nose appearing too short.

The most accurate way to determine nasal tip rotation is to use the Frankfort horizontal plane (Fig. 7) assessment. The Frankfort plane uses a line extending from the lowermost point of the eye socket towards the ear canal (Fig. 7, solid red line). A second line bisects the first, angling down parallel to the columella (Fig. 7, solid grey line). The nasal tip rotation is determined by the vertex of the angle created by these two lines. The ideal angle is a range of 15-30 degrees in women and 0-15 degrees in men.

Columellar show is an area of nasal anatomy that many rhinoplasty surgeons ignore or do not address properly. Unfortunately for those patients, balanced columellar show contributes to an overall harmony of the facial features, and a nose where columellar show has not been corrected may not adhere to ideal aesthetic standards. The figure depicting ideal columellar show on frontal view illustrates the curvilinear line that resembles a gull’s wing following the alar rim on one side down around the infratip lobule and back across the alar rim on the other side (Fig. 12A). Many people have excess infratip lobule show which makes this line, when drawn, resemble an elongated letter “m” (Fig. 10A).

When viewing the nasal tip on the frontal view, there is no ideal shape (Fig. 12). Dr. Cangello is looking for cosmesis when assessing the nasal tip to determine if its shape is in balance with the overall naso-facial features or if it draws unwanted attention such as with a bulbous tip, a bifid tip, asymmetric tip, or a broad tip.7 The ideal nasal tip, whatever its shape or proportions, should transition symmetrically on either side towards the alar rim. It should also transition smoothly upward into the dorsum and supratip and downward) to blend seamlessly into columella between the nostrils. The nostrils should be slightly visible from the frontal view.

Assessing the nasal base includes an analysis of the undersurface of the nasal tip, the alar rims, and the columella (Fig. 13). The ideal shape of the nasal base should generally fall within the shape of a soft triangle when viewed proximally. With regards to size, if a nose is excessively wide and extends beyond the distance between the inner corners of both eyes, the patient may require nasal base reduction. During nasal base reduction surgery, Dr. Cangello will remove a wedge of tissue to narrow the base of the nose effectively making the overall size appear small when viewed head-on.

Excessively weak nostrils and/or alar rims can cave inward, resulting in a pinched or narrowed nasal tip (Fig. 14). In the opposite scenario, where the nostrils and alar rims bow outward, the nasal tip can appear bulbous and excessively wide (Fig.15). Dr. Cangello can sculpt the nasal tip to achieve the ideal contours of a soft triangular shape.